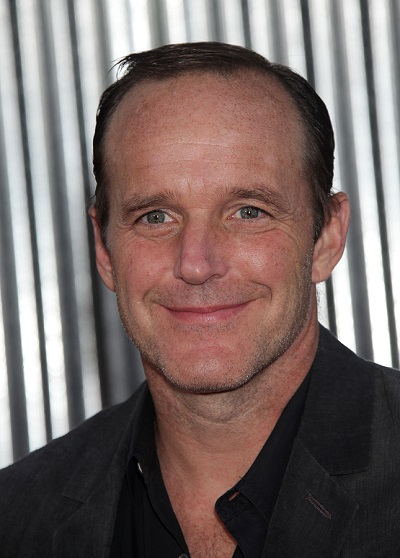 Gregg in 2011; Photo by DFree/Bigstock.com

Clark Gregg is an American actor, director, and screenwriter.

He is the son of Mary Layne (Shine) and The Rev. Robert Clark Gregg. His father is an Episcopalian minister and university professor. Clark has a daughter with his former wife, actress Jennifer Grey.

Clark’s paternal grandmother was Mary Frances Grote (the daughter of Robert Edward Grote and Ethel Bernet). Mary was born in Missouri. Robert was the son of Henry Charles Grote, who was of German descent, and of Ellen Hewitt Symons, who was English. Ethel’s father, Christian Bernet, was Swiss-German, born in Bern. Ethel’s mother, Sarah H. Huttig, was of German ancestry.