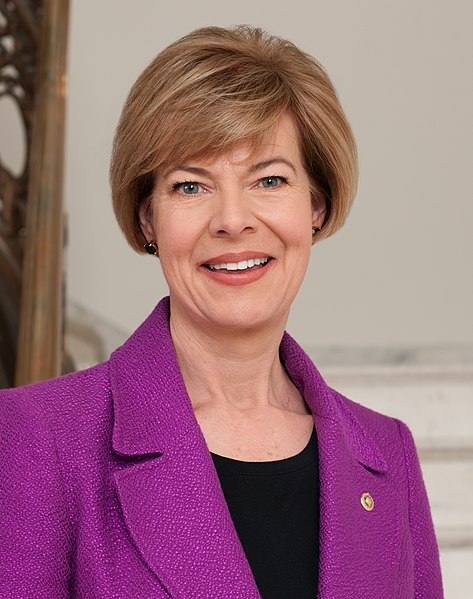 Tammy does not practice any religion.

Tammy’s paternal grandfather was Joseph Edward Baldwin (the son of Bert Baldwin and Orpha M. Miller). Joseph was born in Iowa. Bert was the son of Edward Crossen Baldwin and Caroline Harvey. Orpha was the daughter of Joseph Andrew Miller and Minerva Foster.

Tammy’s paternal grandmother was named Helen Goodsell (the daughter of Henry Guy Goodsell and Anna T.). Helen was born in Wisconsin. Henry was the son of Henry Goodsell, who was English, and of Sarah Helen Savidge.

Tammy’s maternal grandfather was David E. Green (David Ezra Green, the son of Hyman Levy Green and Jennie Marrow). David, a biochemist, was born in New York, to a Lithuanian Jewish father, from Juhrburg, Lithuania, and a German Jewish mother. Hyman was the son of Hirshel Green and Minnie Janowsky. Jennie was the daughter of Shimian/Simon Abraham/Alexander Marovinski/Marrow, from Memel, and Hannah Libba Routtenberg, who was from Breslau/Wroclaw.

Tammy’s maternal grandmother was Doris Cribb (the daughter of Charles Bertram Cribb and Ethel Bown). Doris was born in Bradford, West Yorkshire, England, and was a Protestant. Charles was the son of Henry Humphries Cribb and Emily Marsh.