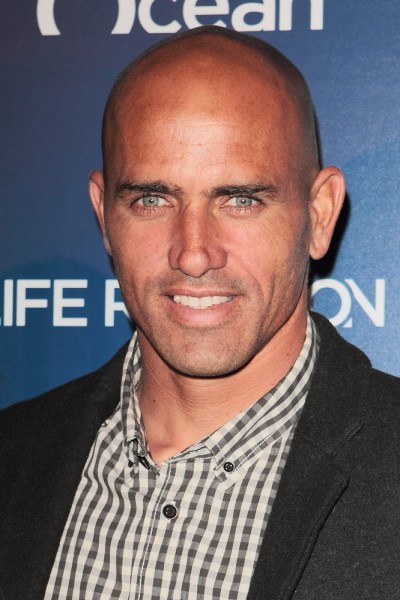 Kelly Slater is an American professional surfer, author, actor, model, environmental activist, businessperson, and innovator. With his tanned skin and hazel/green eyes, he has an intriguing background.

Kelly is the son of Judith and Stephen Slater, a bait store proprietor. His maternal great-grandfather was Lebanese/Syrian. The rest of Kelly’s ancestry is English, Irish, German, and Scots-Irish/Northern Irish. Kelly has one daughter.

Kelly’s paternal grandfather was Burney Parker Slater (the son of Emmet/Emmett Hill Slater and Maude Blount Atkins). Burney was born in Tennessee. Emmet was the son of Oscar Littleberry Slater and Martha Ann/Anna Flack. Maude was the daughter of James Alexander Atkins and Lauinia Tipton.

Kelly’s maternal grandfather was William Bryant Moriarity (the son of Walter G. Moriarty and Wilhelmina/Willimena/Wilmine A. “Minnie” Dobmeier/Dobbmeir). William was born in Maryland. Walter was the son of Eugene Moriarty, who was born in Ireland, and of Amelia/Emilia/Emelia Pierce, who was born in England. Wilhelmina was born in Minnesota, the daughter of German parents, Christoff “Crist”/”Christ”/”Christopher” Dobmeier and Franciska/Franzisca Maria “Frances” Tauscher/Taucher.

Kelly’s maternal grandmother was Helen Amin (the daughter of Hassan Amin and Mary Mickey). Helen was born in New York or Pennsylvania. Hassan was born in Beirut, or Tripoli, Lebanon, the son of Joseph Amin. Mary was the daughter of Lewis Augustus Mickey and Ida Caroline E. “Carrie” Shuman/Schuman; Lewis was the son of David W. Muecke/Mickey and Harriet Craumer.

Genealogy of Kelly’s paternal grandfather, Burney Parker Slater (focusing on his own mother’s side) – http://www.ancestry.co.uk