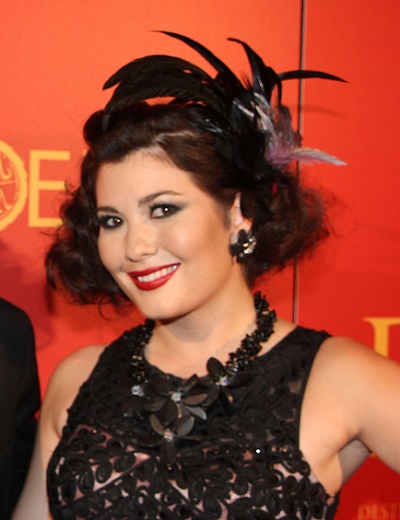 Celeste Thorson is an American actress, model, screenwriter, and activist.

Celeste is the daughter of Lisa Ann (Fandey) and Eric Mark Thorson. Her father was born in South Korea, and was adopted as a child in Colorado; he is of Korean and Scottish-Irish descent. Her mother is of one quarter Lebanese/Syrian, three eighths Mexican, and Scots-Irish/Northern Irish, English, and Irish, descent. Celeste is also said to have Apache Native American ancestry. It is not clear if this ancestry has been verified/documented.

Celeste’s father was adopted by Constance Jean “Connie” (Wobig) and Morris H. Thorson. The family was of Norwegian and German descent.

Celeste’s maternal grandfather is Joseph Shephard Fandey (the son of Zaid Fandey and Katherine/Catherine Alleen Crozier). Zaid was from Rachaya, Syria, today in Lebanon. Katherine was the daughter of Wilbur Force Crozier and Susan Anita Donaldson, and had Scots-Irish (Northern Irish), and probably English, ancestry.

Celeste’s maternal grandmother is Edith D. Sullivan (who is likely the daughter of Henry Sullivan and Amalia/Amelia Chavez). Henry was the son of John Sullivan, who was of Irish descent, and of Constancia Tafoya, who was of Mexican descent. Amalia was the daughter of Jose Maria Chavez and Manuela Sanchez, who were of Mexican origin.

Genealogy of Celeste’s maternal great-grandmother, Katherine/Catherine Alleen Crozier (focusing on her own father’s side) – http://mykindred.com