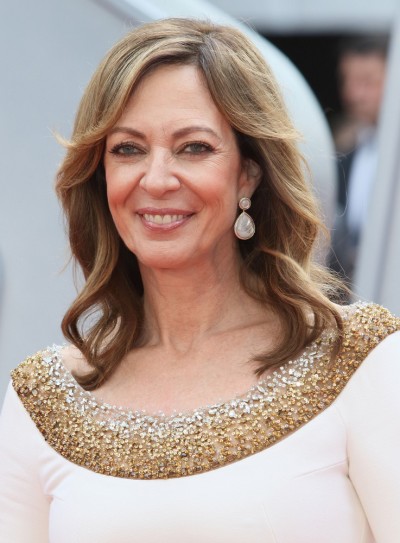 Allison Janney is an American actress. She won the Academy Award for Best Supporting Actress for I, Tonya (2017).

She is the daughter of Macy Brooks (Putnam), an actress, and Jervis Spencer Janney, Jr., a real estate developer and jazz musician. She has American roots going back to the 1600s, with many-generation lineages in Maryland, Ohio, New York, Virginia, and Massachusetts. Allison was raised mostly in Dayton, Ohio.

Allison’s patrilineal line can be traced to Thomas Worthington Janney, who was born, c. 1633, in Wilmslow, Cheshire, England.

Allison’s paternal grandfather was Jarvis Spencer Janney (the son of Stuart Symington Janney and Frances Moale Spencer). Jarvis was born in Maryland. Stuart was the son of Johns Hopkins Janney and Caroline Symington. Frances was the daughter of Jervis Spencer and Sarah Elizabeth Elder.

Allison’s maternal grandmother was Elizabeth “Sippee” Ackermann (the daughter of Frederick Thomas Ackermann/Ackerman and Frances Annette Brooks). Elizabeth was born in New York. Frederick was the son of Charles Francis Ackermann, who was German, and of Henrietta Marie Wilkins/Wilckens, who was born in New York, of German descent. Frances was the daughter of James Croxall Brooks and Mary Catherine/Catharine Murtagh, whose father was born in England, and likely had Irish ancestry.

Genealogy of Allison Janney (focusing on her father’s side) – http://worldconnect.rootsweb.ancestry.com