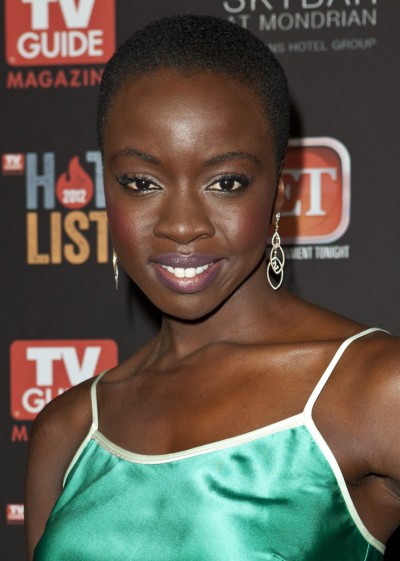 Gurira in 2012, photo by Prphotos.com

Danai Gurira is a Zimbabwean-American actress and playwright. She is known for her roles as Michonne on the series The Walking Dead and Okoye in the Marvel Cinematic Universe.

Danai was born in Grinnell, Iowa, to Josephine and Roger Gurira, a University lecturer, in Chemistry. Her parents moved from Southern Rhodesia, now Zimbabwe, to the U.S. in 1964. Danai was raised there until December 1983, when she moved with her family to her parents’ home country, living in the capital Harare, Zimbabwe. She later returned to the U.S.

Danai is of Shona background. She speaks French, Shona, basic Xhosa, and English.