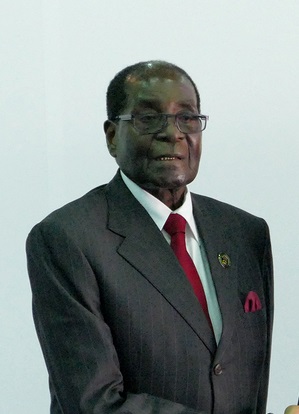 Mugabe in 2016, photo by Golden Brown/Bigstock.com

Robert was married to Sally Francesca Hayfron, until her death, and to Grace Mugabe, until his death. He had a son with Sally and three children with Grace.

It appears that Robert was mostly or entirely of Shona background.