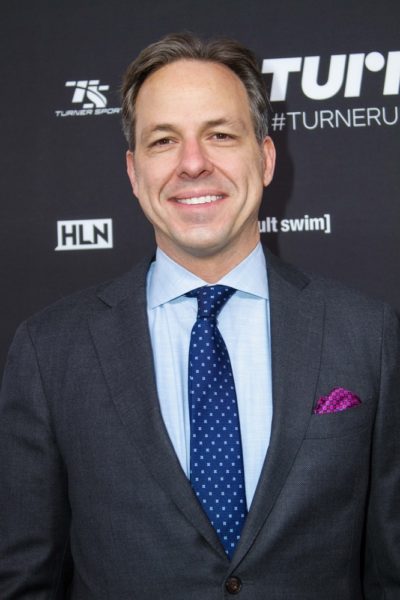 Jake’s father, from Chicago, is from a Jewish family, of Polish Jewish, Russian Jewish, Lithuanian Jewish, and Latvian Jewish descent. Jake’s mother, from Canada, has Ulster-Scots/Northern Irish, Scottish, English, German, Dutch, and possibly French, ancestry. Jake’s mother is from a Presbyterian family, and converted to Judaism, in the Conservative denomination. Jake was raised Jewish, and attended a Jewish high school. Jake is married to Jennifer Marie Brown, with whom he has two children. Jennifer is a convert to Judaism.

Jake’s paternal grandfather was Abraham O. “Abe” Tapper (the son of Samuel Yeshia “Sam” Tapper and Pauline/Pauli Chertow). Abraham was born in Illinois, to Jewish emigrants, a father from Poland and a mother from Russia. Sam was the son of Avram Tapper. Pauli was the daughter of Avram Ber Chertow and Chaya Sara Trager.

Jake’s paternal grandmother was Janet Scher (the daughter of Julius Scher and Devora “Dora” Kahn). Janet was born in Illinois, to Jewish emigrants, a father from Žagarė, Joniškis, Lithuania, and a mother from Latvia. Julius was the son of Yakov Scher. Devora was the daughter of Nathan Kahn and Baila Jedeiken.

Genealogy of Jake Tapper (focusing on his mother’s side) – http://worldconnect.rootsweb.ancestry.com

Notes on some of Jake’s mother’s ancestry – http://blogs.ancestry.com