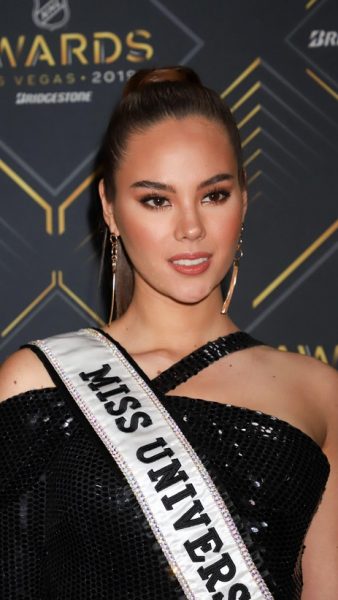 Catriona Gray is a Filipino-Australian television host, singer, model, stage actress, and beauty pageant titleholder. She was crowned Miss Universe 2018, representing the Philippines. She was previously the Top 5 finalist in Miss World 2016.

Catriona’s father, Ian Gray, was born in Fraserburgh, Scotland, and immigrated to Stratton, a suburb in Perth, Western Australia, Australia.

Catriona was named after her paternal grandmother.

Catriona’s patrilineal ancestry can be traced back to her fifth great-grandfather, John Gray, of Longside, Aberdeenshire.

Catriona’s maternal grandmother was named Elsa Ragas (the daughter of an unknown father, and of Eutiquia Ragas). Elsa was born in Oas, Albay.