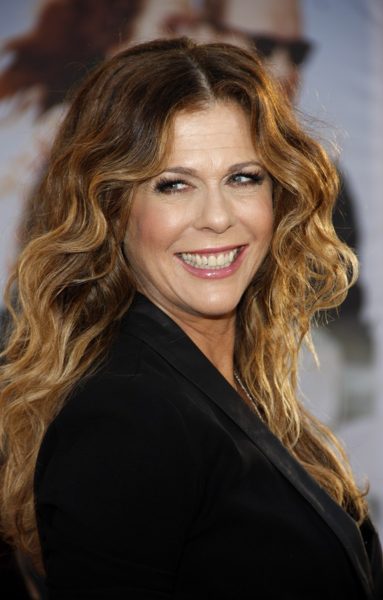 Wilson in 2011, photo by Starfrenzy/Bigstock.com

Her father, Hassan Halilov Ibrahimoff, who changed his name to Allan Wilson after Rita was born, was a Pomak (Muslim Bulgarian), who was born in Breshtene, Western Thrace, Greece, and worked at a racetrack. He moved to the U.S. in 1949. He joined the Orthodox Christian church upon his marriage. He spoke Bulgarian, Russian, Turkish, Polish, Greek, and some Italian and French.

Her mother, Dorothea/Dorothy George (Genkos), was born and raised in a Greek village, Sotire, near Dropull i Sipërm, Albania, near the border with Greece.

Rita is married to actor Tom Hanks, with whom she has two children, including actor and musician Chet Hanks. The couple are members of the Greek Orthodox Church. Tom has stated that he modeled his portrayal of Viktor Navorski in the film The Terminal (2004) on his father-in-law.

Source: Rita’s appearance on Who Do You Think You Are?, 2012 – http://www.ancestraldiscoveries.com