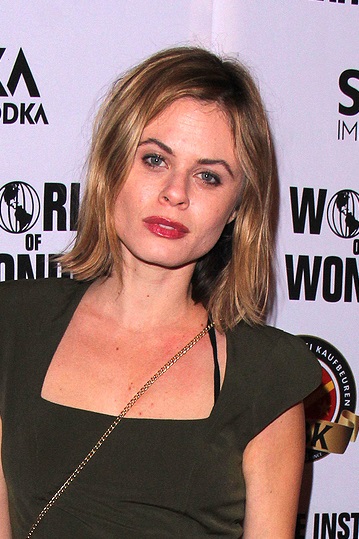 Duke in 2014, photo by kathclick/Bigstock.com

Augie Duke is an American actress and producer.

Her mother is actress Fredrica Duke. Her stepfather is screenwriter Michael Barrie. Among her siblings is actor Barnaby Duke. Her paternal and maternal grandfathers were Jewish. Her grandmothers were mostly of British Isles [English, Irish, Scottish, Welsh] and German ancestry.

Augie’s paternal grandfather was Herbert I. Kupper (the son of Max Kupper and Sophia Zentner). Herbert was born in New Jersey, to a Jewish family, a father from Russia, now Ukraine, and a mother from Austria/Poland.

Augie’s maternal grandfather was producer and actor Maurice Duke (the son of Herman Duke/Duschinsky and Mary Weiss). Maurice was born in New York, to Ashkenazi Jewish parents. Herman was likely born in Austria.