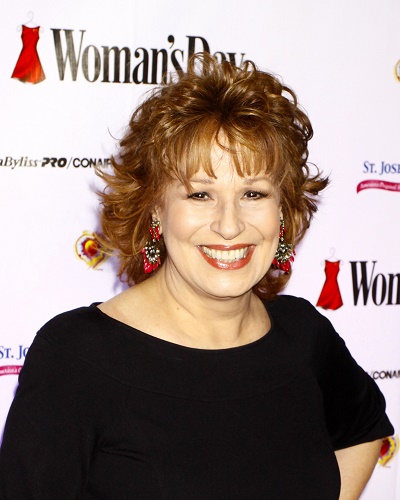 Joy Behar is an American comedian, television personality, actress, and writer. She is a co-host of ABC talk show The View.

She was born into a Catholic family, of Italian descent. Her mother, Rose Diane (Carbone), was a seamstress, who was born in Pennsylvania, to Italian parents. Her father, Louis/Gino Occhiuto, was a truck driver for Coca-Cola, and a U.S. WWII veteran, who was an Italian emigrant, from Calabria.

Joy is married to Steve Janowitz. She has a daughter with her former husband, college professor Joe Behar. The surname Behar is Sephardi Jewish.

An AncestryDNA test whose results were displayed on the show The View (2018) stated that Joy’s genetic ancestry consists of:

She had DNA matches in Calabria.

Joy’s maternal grandfather was Vincenzo/Vincent Carbone (who possibly was the son of Antonio Carbone and Diana Barilla).