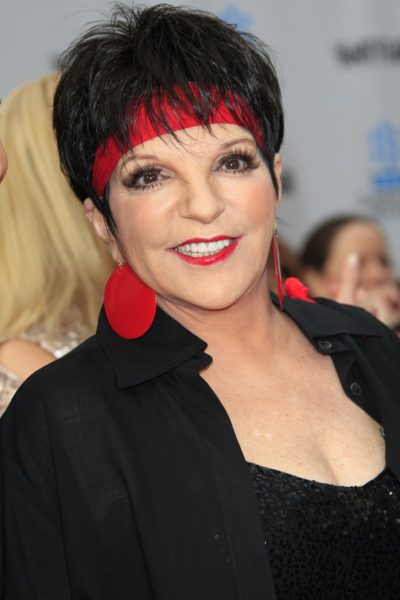 Minnelli in 2012, photo by kathclick/Bigstock.com

Liza Minnelli is an American actress and singer. She won the Academy Award for Best Actress for Cabaret (1972).

Liza’s father was of one quarter Sicilian, one half French-Canadian, with the rest English and Scottish, descent. Liza’s mother had English, Irish, and Scottish ancestry.

Sources: A Hundred or More Hidden Things: The Life and Films of Vincente Minnelli, 2010, by Mark Griffin