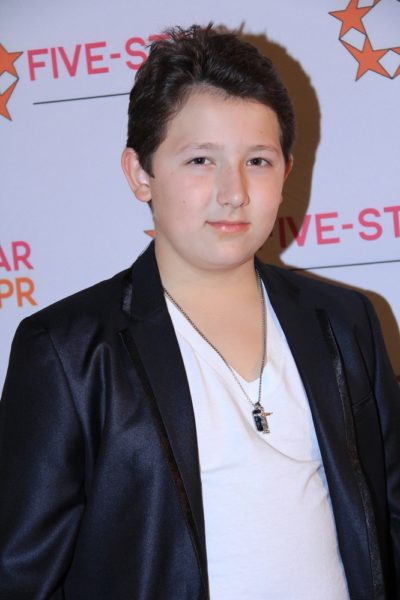 Frankie Jonas is an American actor.

Frankie is the son of Denise (Miller) and Paul Kevin Jonas. He is the brother of singers and actors Kevin Jonas, Joe Jonas, and Nick Jonas, the three of whom make up the band The Jonas Brothers.

It is not publicly known who Frankie’s biological paternal grandfather is.

Frankie’s paternal grandmother, now Cecilia Lucas, was born under the name Cecilla/Cecilia Paulette Jonas (the daughter of Paul Adam Jonas and Nellie May/Mae Fox). Cecilia was born in North Carolina. Paul was the son of Henry Walter Jonas and Nora Lee/Leigh Campbell. Nellie was the daughter of Nathan/Walter Henry Fox and Elizabeth/Lizzie Mae Hamilton. Through the Jonas line, Frankie is descended from German immigrants to the United States in the 1700s.

Frankie’s maternal grandmother is Frances Madonia (the daughter of Fortunato Angelo “Frank” Madonia and Margaret Anna Berard). Fortunato was born in New York, the son of Angelo Madonia and Maria Chimero, who were of Italian descent, with Maria’s family being from Sicily. Margaret was born in Bennington, Vemont, the daughter of Milton Dewey Berard and Anna Mary/Rose Ducharme, who were of French-Canadian ancestry.