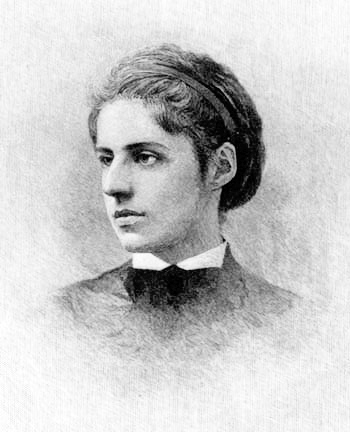 Emma Lazarus was an American poet. She wrote The New Colossus, in 1883 (“Give me your tired, your poor, Your huddled masses yearning to breathe free…”). The poem was inscribed on a plaque in a pedestal in the Statue of Liberty in 1903.

She was the daughter of Esther Lydia Mary (Nathan) and Moses Lazarus. Her parents were both born in New York. Her family was Jewish, both Ashkenazi (from Germany) and Sephardi (from England, Portugal, Spain, and Morocco). One of her paternal great-great-grandmothers, Caroline Webb, may have been of English descent, and a convert to Judaism.