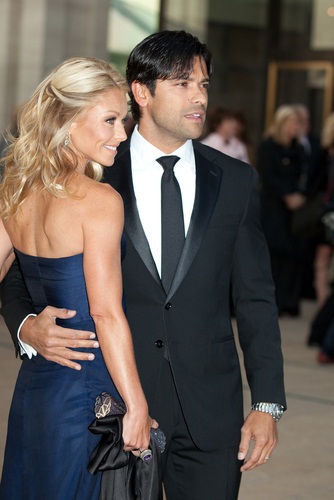 Mark Consuelos is an American actor. He plays Hiram Lodge on the series Riverdale.

Mark was born in Zaragoza, Spain. His father, Isaul “Saul” Consuelos Resendiz, is Mexican. His mother, Camilla De Micheli, was born in 1940 in Tripoli, Libya, then an Italian colony, to Italian parents.

Mark was raised in Italy, Lebanon in Illinois, Tampa, Florida, and Valrico, Florida. He has said that he can not speak Spanish, but speaks Italian.

Mark is married to television personality and actress Kelly Ripa, with whom he has three children.

Genealogy of Mark Consuelos (focusing on his father’s side) – http://www.geni.com