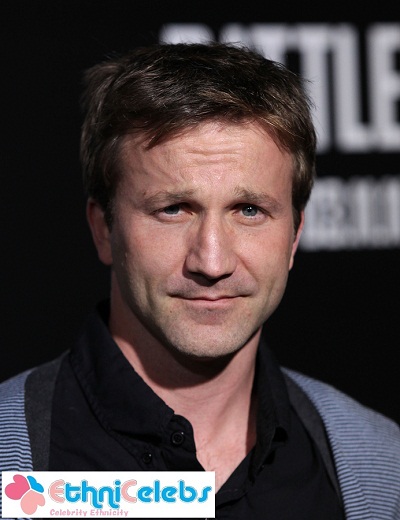 Meyer in 2011, image via DFree/Bigstock.com

Breckin Meyer is an American actor, voice actor, writer, producer, and drummer. He is the son of Dorothy Ann (Vial) and Christopher William Meyer. Breckin has two children with his former wife, screenwriter and director Deborah Kaplan.

Breckin’s paternal grandfather was William A. Meyer (the son of Maurice Meyer and Adelaide Mendel). William was born in New Jersey, to parents of German Jewish descent. Maurice was the son of Aaron Meyer and Rachel Newman. Adelaide was the daughter of William Mendel and Lena Gans.

Breckin’s paternal grandmother was Elinor Stiefel (the daughter of Maurice Stiefel and Elsa Amelia Stern). Elinor was born in New York, to parents of German Jewish descent. Maurice was the son of Herman Stiefel and Harriet Mayer. Elsa was the daughter of Daniel Stern and Sarah Laventall.

Breckin’s maternal grandmother was Dorothy Annette Dodson (the daughter of Raymond Morel Dodson and Nellie/Nillie/Nelle/Nell Rachael/Rachel Smith). Dorothy was born in West Virginia. Raymond was the son of Elmer/Elmore Helsley Dodson and Lucy Belle Fetty. Nellie was the daughter of Jonas Smith and Liza Flanagan.

Sources: Genealogy of Breckin Meyer (focusing on his mother’s side) – http://familytreemaker.genealogy.com