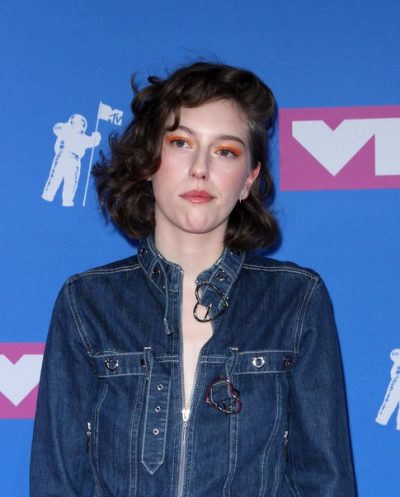 King Princess is an American singer, songwriter, multi-instrumentalist, and producer.

Her father, Oliver Straus, is the owner and chief engineer of studio, Mission Sound. Her mother, Agnes, is a businessperson and civil rights activist.

King Princess’ patrilineal ancestry can be traced back to her sixth great-grandfather, Lazarus Straus.

King Princess’ paternal grandmother was Sally Goodrich Strong (the daughter of Henry Walbridge Taft Strong and Isabella Landon Liecty). Sally was born in Pittsfield, Massachusetts. Henry was the son of Charles Worthington Strong and Sarah Elizabeth Burghardt. Isabella was the daughter of John Louis Liecty, Jr., who was of Frisian Dutch descent, and of Sallie Goodrich Fiske.

King Princess’ maternal grandmother was Mary Lou/Louise Changa (the daughter of Thomas Joseph Changa and Eleanor C. Kazmierski). Mary Louise was born in Troy, New York. Thomas was born in Watervliet, Albany, New York, to Italian parents, his father being Michael Changa. Eleanor was the daughter of Stanislaus Edward “Stanley” Kazmierski and Hattie Karalus, who were born in the U.S., both of them to Polish parents.

Sources: Genealogy of King Princess’ father (focusing on his father’s side) – https://www.geni.com