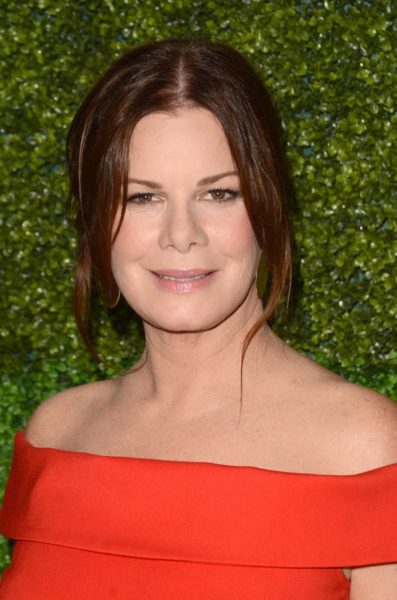 Marcia Gay Harden is an American actress. She won the Academy Award for Best Supporting Actress for Pollock (2000).

Marcia is the daughter of Beverly and Thad Harold Harden, a U.S. Navy officer. Her parents were from Texas. Because of her father’s work, Marcia was raised in Japan, Germany, Greece, California, and Maryland. She has three children with her former husband, prop master Thaddaeus Scheel.

Marcia’s paternal grandfather was Richard Harold Harden (the son of Thaddeus Edgar Harden and Dollie/Dolly Decatur Baggett). Richard was born in Texas. Thaddeus was the son of Asbery/Asbury Jenkins Harden and Mary Etta Gober. Dollie was the daughter of Joseph Evander Baggett and Decatur Josephine McCleskey/McClesky.

Marcia’s maternal grandfather was George Heylmun Bushfield (the son of Oscar Ross Bushfield and Florence B. Heylmun/Heylum). George was born in Kansas. Oscar was the son of Samuel Bushfield and Margaret Eveline/Evaline/Evelyn Carley. Florence was the daughter of William R. Heylmun and Mary Winifred Cook.

Genealogy of Marcia’s father (focusing on his father’s side) – http://wc.rootsweb.ancestry.com