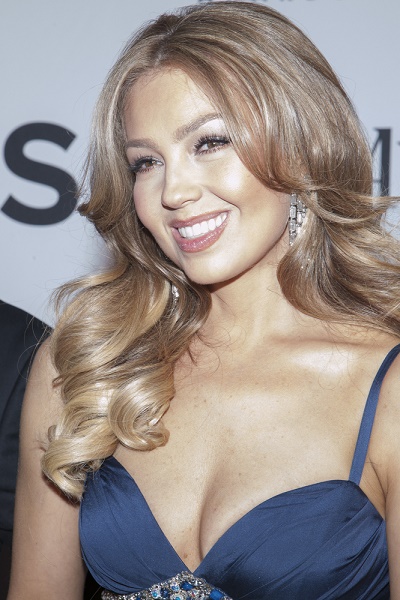 Ethnicity: Mexican [Spanish, Indigenous], as well as small amounts of Basque and Italian

Thalía is a Mexican singer, songwriter, author, actress, and entrepreneur.

Thalía is the daughter of Ernesto Sodi Pallares and Yolanda Miranda Mange. She is married to American music executive Tommy Mottola, with whom she has two children. Her uncle is politician Demetrio Sodi, who has served in the upper and lower house of Congress. Thalía’s niece is musician Camila Sodi.

Thalía’s maternal grandmother is Eva Mange Márquez (the daughter of Francisco Mange Toyos and Ángela Márquez). Eva was born in La Paz, Baja California Sur, then part of Baja California, and is listed as “blanca” (white) on her birth record. Francisco was the son of Santiago Mange Escobosa and Refugio Toyos Romo. Ángela was the daughter of an unknown father, and of Emeteria de Jesús Márquez Albáñez. Jesús is listed as “mestiza” on her death record.

Thalía’s matrilineal line can be traced back to her fourth great-grandmother, Antonia González.