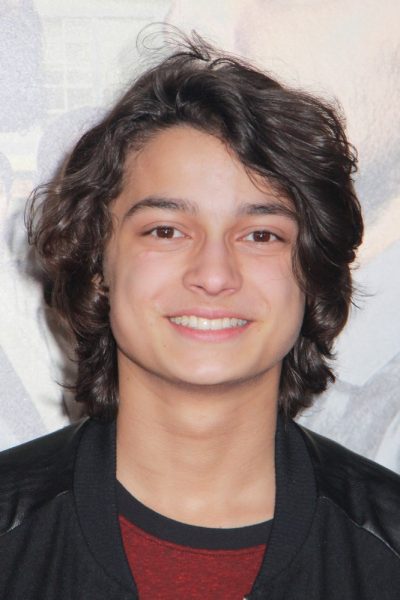 Rio Mangini is an American actor, musician, and composer. His father is sound editor Mark Mangini.

A picture of Rio with his parents can be seen here.

Rio’s paternal grandfather is Victor/Vittorino/Vita Paul Mangini (the son of Gaetano Mangini and Julia E. Brandolini). Victor was born in Massachusetts, to Italian parents. Julia was born in Frosinone, Lazio.

Rio’s maternal grandfather was Ronald Lawrence Whatu (the son of Te Whatu Apiti and Elizabeth Te Orahi/Oraihi Paki). Ronald was born in Hamilton, Waikato, New Zealand, of Māori, of Ngāti Porou, and one eighth Scottish, descent. Te Whatu was the son of Te Apiti Ranga and Taku te Miri/Parekatangi Te Hoanga Takutai. Elizabeth was the daughter of Pouaka Paki and Ani Tanaha Ngahooro Erueti Edward/Edwards, whose own father was Scottish or from Essex, England. Elizabeth was a prominent leader in the Māori community in Hamilton.

Rio’s maternal grandmother is Sharon Rose “Sherry” Tyler (the daughter of Earl Keith Tyler and Mildred Pearl “Milly” Bierman). Sharon was born in Iowa, and is of German, and small amounts of English, Swiss-German, and Irish, descent. Earl was the son of Dr. John Knox Tyler and Augusta/Agusta Snell/Schnell, whose parents were German, her father from Landkreis Tuttlingen, Baden-Württemberg, and her mother from Prenzlau, Landkreis Uckermärk, Brandenburg. Mildred was the daughter of John Carl Bierman, whose parents were German, and of Ida May Eberling. A picture of Rio with his maternal grandmother can be seen here.

Rio is said to be a direct descendant of U.S. President John Tyler (1790-1862) through his maternal grandmother. This is not accurate.