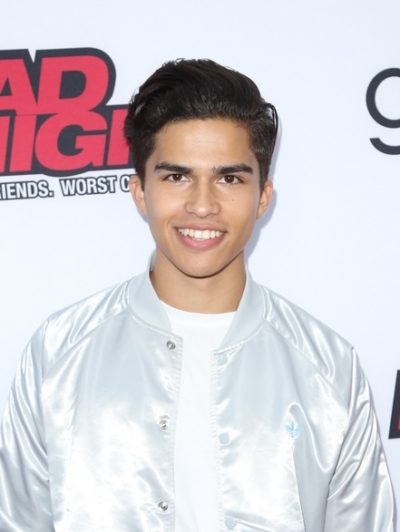 Alex Aiono is an American singer, producer, YouTuber, and actor.

Alex’s father, Martin Harris Aiono, is a New Zealand immigrant, and is of half Māori and half Samoan descent. Alex’s mother, Heather Lynne (Lee), is American, from Los Angeles, California, and is of English, German, 1/8th Irish, 3/32 Danish, and smaller amounts of Welsh, Swiss-German, and Scottish, descent.

Alex’s patrilineal ancestry can be traced back to his tenth great-grandfather, Soisoinailua’ai Leaupepe.

Alex’s paternal grandfather is Jerald Keith “Jerry” Lee (the son of Raymond Amos Lee and Lenore Pauline Baumgardner). Jerald was born in Wyoming. Raymond was the son of James Porter Lee and Pearl Ruby Sperry. Lenore was the daughter of Earl Sebastian Samuel Baumgardner and Elfreida Grimm, whose parents were German.

Alex’s maternal grandmother is Barbara Clarene Taylor (the daughter of Seymour Stillman Taylor and Margaret Belle Quinn). Barbara was from a Church of Jesus Christ family. Seymour was the son of George Francis Taylor and Barbara Matilda Stillman. Margaret was the daughter of John Alfred Quinn and Clarene Turner.

Alex’s matrilineal ancestry can be traced back to his ninth great-grandmother, Barbara, of Rønne, Bornholm, Denmark.