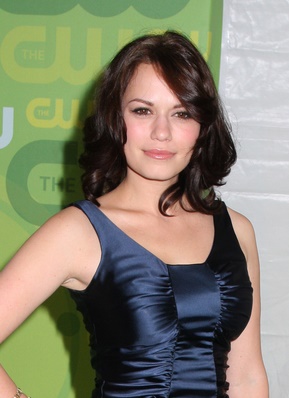 Bethany Joy Lenz was is an American actress, singer, songwriter, and filmmaker. She has also been credited as Bethany Joy, Joy Lenz, Bethany Joy Galeotti, and Joie Lenz. She was a member of the band Everly, and also records music solo. She has a daughter with her former husband, Enation keyboardist Michael Galeotti.

Bethany’s paternal grandfather was George John Lenz (the son of Harold Lenz and Lillie Buss). George was born in New Jersey. Harold was the son of Peter Henry Lenz and Alice Doyle Gaffney. Lillie was the daughter of Adolf Ernst Heinrich Busse and Lillian Irene Smith.

Bethany’s paternal grandmother was Doris Ethel Lawson (the daughter of Sydney Lawson and Ethel B. Williams). Doris was born in New Jersey. Sydney was born in Melbourne, Australia.

Bethany’s maternal grandmother was Marjorie Horton (the daughter of Robert Ellsworth Horton and Julia Marjorie Lucas). Bethany’s grandmother Marjorie was born in Connecticut. Robert was the son of Will Elsworth Horton, whose mother was of Dutch descent, and of Elizabeth Gosman, whose mother was French-Canadian. Julia was the daughter of George Lucas, who was of English and Irish descent, and of Elizabeth D. Matthews, who had Scottish ancestry.