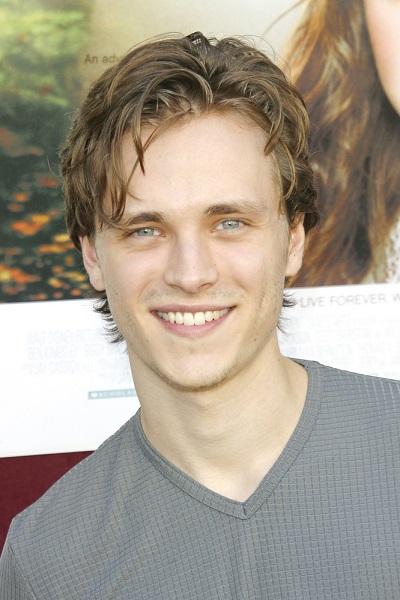 Jackson in 2002, photo by Prphotos.com

Jonathan Jackson is an American actor, musician, and author. His roles include Camp Nowhere, Tuck Everlasting, The Deep End of the Ocean, Stephen King’s Riding the Bullet, Venom (2005), and Insomnia.

His mother is a businessperson and his father, Ricky Lee Jackson, is a family physician, and Christian country music singer. His sister, Candice Jackson, served as (Acting) Assistant Secretary of Education for Civil Rights, from April 2017 to July 2018, and his brother, Richard Lee Jackson, is also an actor and drummer. Jonathan was raised in Battle Ground, Washington, and later Burbank, California. He is married to Canadian actress Lisa Vultaggio, with whom he has three children.

Raised a non-denominational Christian, Jonathan has been baptized into the Orthodox Church.

Jonathan’s paternal grandfather is Virgil Lee Jackson (the son of Ira Albert Jackson and Naomi May Rudd). Virgil was born in Montana. Ira was the son of John Elmer Jackson and Mary Samantha Kirk. Naomi was born in Iowa, the daughter of Martinus Kristiansen Smedsrud, who was born in Ostre Toten, Norway, and of Helena Mary Frances Soll, whose father, Johann Zoll, was German, from Baden, and whose mother, Tarina Taraldsdaughter Gudenum, was from Norway.

Jonathan’s maternal grandmother was Muriel Lehto (the daughter of Kustau/Kustaa/Kustoa A. Lehto, born Kustaa Adolf Engelbert Ackerman, and of Rhoda Christine Anderson). Muriel was born in Minnesota. Kustaa was Finnish, born in Rymättylä. Rhoda was the daughter of Peter Olof Anderson, who was Swedish, and of Elna Mathilda Mattison Carlson, who was Danish.

Genealogy of Jonathan’s maternal grandfather, John Sharp (focusing on his own father’s side) – http://worldconnect.rootsweb.ancestry.com