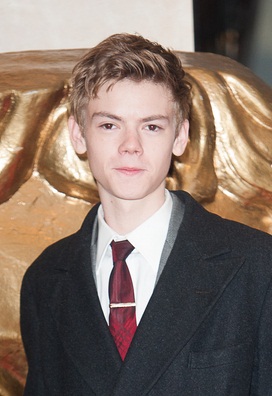 Brodie-Sangster in 2012, photo by PrPhotos.com

Thomas Brodie-Sangster, also credited as Thomas Sangster, is an English actor and musician. He is known for his roles in the films Love Actually, Nanny McPhee, Bright Star, Nowhere Boy, Death of a Superhero, The Maze Runner, and The Last Legion, and on television’s Phineas and Ferb, Game of Thrones, and Pistol, among many other works. He is the son of actors Tasha Bertram and Mark Sangster.

Thomas’s maternal grandfather is Timothy J. R. Bertram (the son of Cyril Anthony George Bertram, a novelist, and Barbara May Randolph). Timothy was born in Paddington, London, England. Cyril was the son of Ernest Frank Bertram and Gertrude Editha Dollond. Barbara was the daughter of Felton George Randolph and Emily Margaret Nepean. Barbara’s sister, Margaret Isobel Randolph, was the maternal grandmother of actor Hugh Grant. This makes Thomas and Hugh second cousins, once removed. Emily was a descendent of politician and colonial administrator Sir Evan Nepean.

Genealogy of Thomas Brodie-Sangster (focusing on his mother’s side) – https://www.geni.com