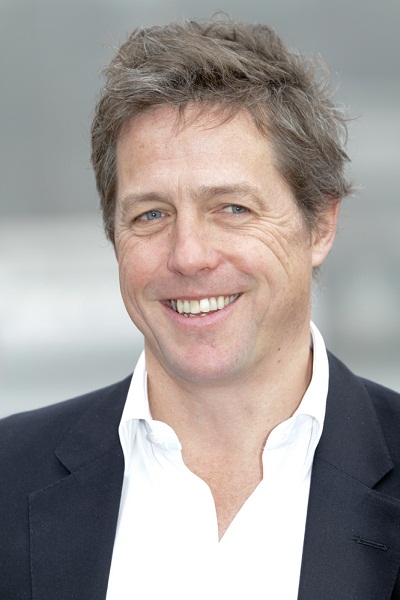 Hugh Grant is a British actor and producer. His roles include Four Weddings and a Funeral, Notting Hill, and Love Actually, among many other films.

Hugh is the son of Fynvola Susan (MacLean), a teacher, and Captain James Murray Grant, who served in the military. His father was an officer in the Seaforth Highlanders for eight years in Malaya and Germany, and also ran a carpet firm and was a watercolour painter. His father’s ancestry was almost entirely Scottish, and his mother was of part Scottish descent. Hugh also has English, and more distant Irish, Welsh, Cornish, and Dutch, roots, as well as remote Afrikaner/French/Belgian [Walloon] ancestry.

Hugh’s paternal grandfather was Major James Murray Grant (the son of Ronald Charles Grant and Mina Waller Stewart). James was born in Inverness, Scotland or in Mthatha, Eastern Cape, South Africa. Ronald was the son of James Murray Grant and Matilda Jane Fynn, who was born in South Africa. Mina’s family was from Edinburgh, Scotland, and she was the daughter of James Stewart and Willamina/Williamina Stephen.

Hugh’s maternal grandfather was Captain John Cassilis/Cassiles MacLean (the son of Rear-Admiral John Cassilis/Cassiles Birkmyre MacLean and Maude Hewlett). John was born in Stoke Damerel, Devon, England. John was the son of Alexander Maclean, who was Scottish, from Bute, and of Margaret Janet Davidson Cassilis, who was born in Windsor, Nova Scotia, Canada, to Scottish parents. Maude was born in Ireland, the daughter of English parents, Ebenezer Hewlett and Susannah Harris.

Hugh’s maternal grandmother was Margaret Isobel/Isabel Randolph (the daughter of Felton George Randolph and Emily Margaret Nepean). Hugh’s grandmother Margaret was born in Chichester, Sussex, England. Felton was the son of The Rev. Cyril Randolph and Frances Selina Hervey. Emily was the daughter of Sir Evan Colville Nepean and Elizabeth Anne Jenner. She was a descendent of politician and colonial administrator Sir Evan Nepean.