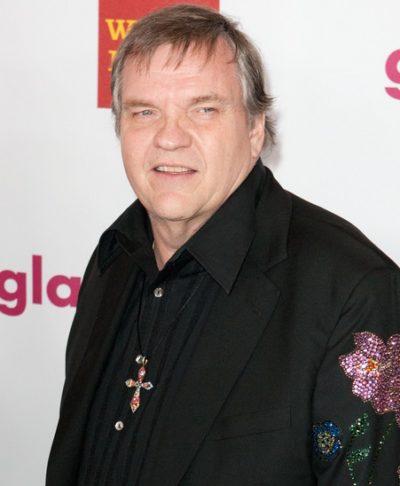 Meat Loaf was an American musician, singer, songwriter, record producer, and actor. He is known for his albums “Bat Out of Hell,” “Bat Out of Hell II: Back into Hell,” and “Bat Out of Hell III: The Monster Is Loose.” Among his many acting roles were the films The Rocky Horror Picture Show, Out of Bounds, Black Dog, Fight Club, The Mighty, and Stage Fright (2014). He was also credited as Meat Loaf Aday, Meatloaf, and Michael Lee Aday.

Meat Loaf was the son of Wilma Artie (Hukel), a teacher, and Orvis Wesley Aday, a police officer. His father sold a homemade cough remedy, as the Griffin Grocery Company, and his mother was a member of the Vo-di-o-do Girls gospel quartet. Meat Loaf changed his first name from Marvin to Michael. Meat Loaf was married to Deborah Gillespie, until his death. He had two children, singer Pearl Aday and actress Amanda Aday, with his former wife Leslie G. Edmonds.

Meat Loaf’s maternal grandfather was The Rev. David Lee Hukel (the son of James Silas C. Hukel and Mary Amney Ferrell). The Rev. David was born in Missouri, and was a Church of Christ pastor. James was the son of William Lyason Hukill/Hukel and Narcissa Letrege Schooler. Mary was the daughter of Robert H. Ferrell and Catherine Lightner.

Meat Loaf’s maternal grandmother was Charlsie Norrod (the daughter of James Alexander Norrod and Mary Alice Moore). Charlsie was born in Texas. James was the son of Rebecca Looper. Mary Alice was the daughter of John Robert Moore and Jemima Adaline Rozelle.

Meat Loaf’s fourth great-grandfather, John Ferrell, was Irish. His fifth great-grandmother, Margaret de Vane, had French ancestry. Through her, Meat Loaf was also descended from Anne Marie Martinozzi, who was Italian, of half Sicilian descent, and was the niece of Cardinal Mazarin, a diplomat and politician, who served as the Chief Minister to the Kings of France, Louis XIII and Louis XIV. Meat Loaf was also descended from Bartholomew Taliaferro, an Italian who moved to England in the 1500s, and was the founder of a prominent family in mostly Virginia and Maryland.

Genealogy of Meat Loaf (focusing on his father’s side) – http://wc.rootsweb.ancestry.com