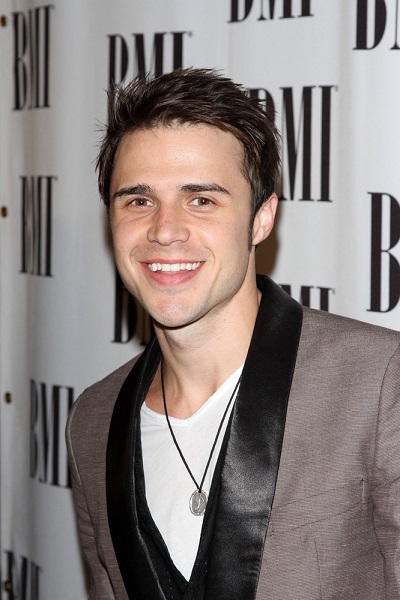 Kris Allen is an American musician, singer, and songwriter. He won the eighth season of the show American Idol (in 2009). See other American Idol winners here.

Kris is the son of Kimberly and Neil Allen. He is married to Katy O’Connell, with whom he has three children.

Kris’s paternal grandfather is Earl Denver Allen (the son of Lewis Leander Allen and Ottie Mae Jackson). Earl was born in Arkansas. Lewis was the son of George Washington Allen and Mary Eliza Thomas. Ottie was the daughter of Nathan Jackson and Margaret Ring.

Kris’s paternal grandmother is the daughter of Homer Wheeler and Mary.

Genealogy of Kris’s paternal great-grandfather, Lewis Leander Allen (focusing on his own father’s side) – http://wc.rootsweb.ancestry.com