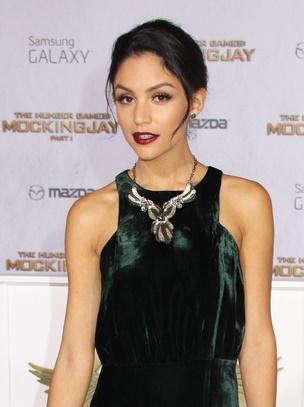 Bianca A. Santos is an American actress. She starred Lexi Rivera in the ABC Family series The Fosters and Lucy Velez in the MTV series Happyland, and co-starred in the film The Duff, as Casey Cordero.

Bianca is the daughter of Carmen Carnot and Carlos Santos. She has a brother, Bruno. Her father is from Rio de Janeiro, Brazil, and is of part African descent. Her mother is from Havana, Cuba.

Her parents are pictured here. A picture of Bianca with her family can be seen here.