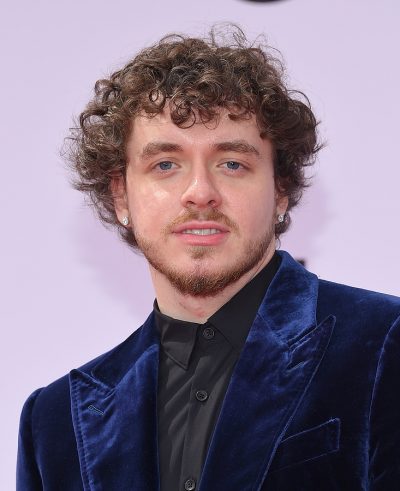 Harlow in 2021, photo by DFree/Bigstock.com

Jack Harlow is an American rapper and songwriter. He broke out with the song “Whats Poppin.”

His mother is business leader and community activist Maggie Payette Harlow. He was raised on a horse farm. His family also moved from Shelbyville to Louisville during his childhood.

Jack’s maternal grandfather is Thomas Joseph Payette (the son of Joseph Anthony Payette and Ruth B. O’Donnell). Thomas was born in Michigan. Jack’s great-grandfather Joseph was the son of Henry T. Payette, whose parents were French-Canadian, and of Adele/Adelle M. Ruoff, whose father was German and whose mother was Swiss. Ruth was the daughter of David H. O’Donnell, who was born in Canada, to Irish parents; and of Alice Blanche Parent, who was of French-Canadian descent.

Jack’s maternal grandmother is Kathleen Mary Reno (the daughter of William H. Reno and Marie Madeline Legere). William was the son of Walter/Wallace Higgins Reno and Mary Agnes Murray, whose own parents were Irish, with roots in Clonown, Roscommon. Jack’s great-grandmother Marie was born in Massachusetts, the daughter of parents of French-Canadian origin, Abel J. Legere and Grace C. Marrin.