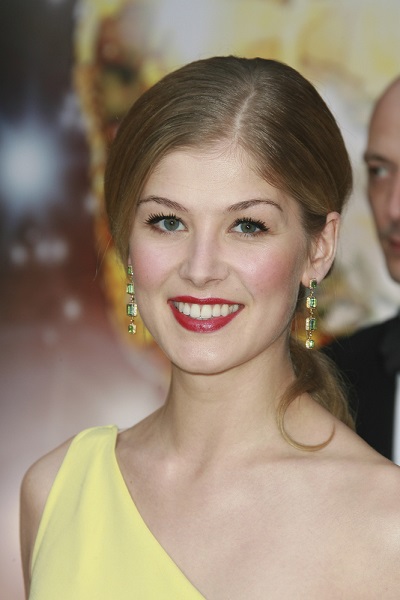 Rosamund Pike is an English actress. She is known for her roles in the films Die Another Day, Pride & Prejudice, Made in Dagenham, Johnny English Reborn, Jack Reacher, The World’s End, Gone Girl, A United Kingdom, A Private War, and I Care a Lot, and on television’s A Rather English Marriage, State of the Union, and The Wheel of Time.

She is the daughter of opera singers, Caroline (Friend) and Julian Pike. Her father is a professor of music, and head of operatic studies at the Birmingham Conservatoire. She has two children with her partner, mathematical researcher Robie Uniacke.