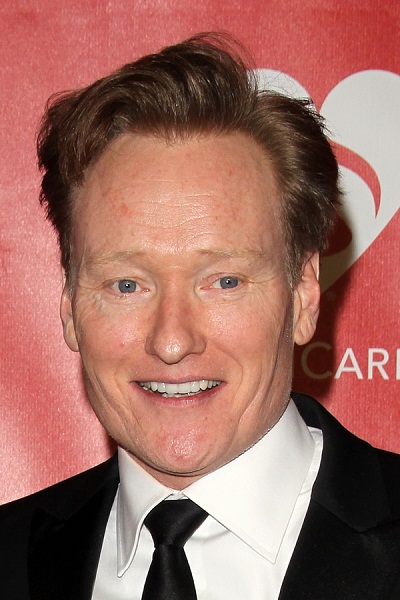 O’Brien in 2013, photo by kathclick/bigstock.com

Conan is the son of Ruth M. (Reardon), an attorney, and Thomas Francis O’Brien, a physician, epidemiologist, and professor of medicine. Conan has said that he is of entirely Irish descent. He has also stated (at 2:17):

I had genetic testing done… Lisa Kudrow got me to do it ’cause she has that show [Who Do You Think You Are?]… [and I am] 99.8 percent Irish… I think I’m more Irish than people living in Ireland.

Conan is married to Elizabeth Ann Powel, with whom he has two children. Through marriage, he is a distant cousin of comedian and actor Denis Leary.

Conan’s paternal grandfather was named Thomas Francis O’Brien. Thomas was born in Massachusetts, to Irish parents, with his father being from Dungarvan, Waterford, Munster.

Conan’s paternal grandmother was named Esther M. Esther was born in Massachusetts, to an Irish father and a Massachusetts-born mother.