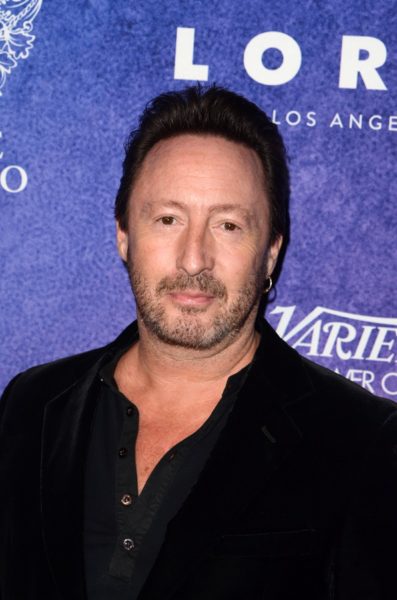 Lennon in 2016, photo by kathclick/Bigstock.com

Julian Lennon is a British singer, songwriter, photographer, filmmaker, author, and philanthropist. He is the son of Cynthia (Powell) and musician John Lennon. His half-brother is musician Sean Lennon.

Julian’s paternal grandmother was Julia Elizabeth Stanley (the daughter of George Ernest Stanley and Annie Jane Millward). Julia was born in Liverpool, Lancashire, England. George was the son of William Henry Stanley, whose father was an English immigrant to Australia, and whose mother was an Australian of English descent; and of Eliza Jane Gildea, who was born in Omagh, Co. Tyrone, Ireland. Julian’s great-grandmother Annie was born in Chester, Cheshire, England, to Welsh parents, John Dumbry Millward and Mary Elizabeth Morris, from Bridgend, Wales.

Julian’s maternal grandfather was Charles Edwin Powell (the son of Thomas Davies Powell and Elizabeth Alice Seddon). Charles was born in Chorlton, Lancashire, England. Elizabeth was the daughter of Henry Seddon and Ann I.