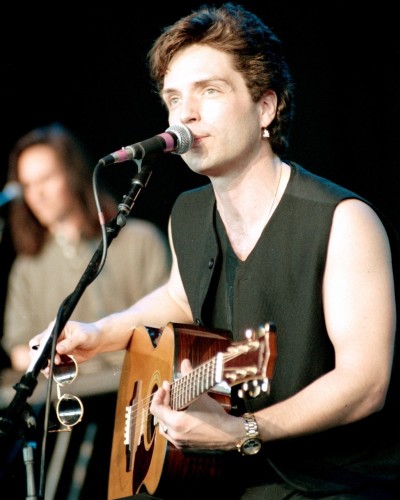 Richard Marx is an American adult contemporary and pop rock singer and songwriter. He is known for his singles “Don’t Mean Nothing,” “Endless Summer Nights,” and “Hold On to the Nights,” among many others.

He is the son of Ruth Jeannette and Dick Marx, a jazz pianist, arranger, and composer. He was raised in Highland Park, Illinois. Richard is married to television host, model, actress, and comedian Daisy Fuentes. He has three children with his former wife, actress, singer, and dancer Cynthia Rhodes.

Richard’s paternal grandfather was Victor Emanuel Marx (the son of Emanuel Marx and Agnes Isaacs). Victor was born in Illinois. Richard’s great-grandfather Emmanuel was a German Jewish emigrant, from Frankfurt, and was the son of Mayer/Meyer Marx and Fanny Reinhard. Agnes’s father, Joseph Isaacs, was a Jewish emigrant from England. Agnes’s mother, Annetta, likely Weis, was an American, who was also Jewish.