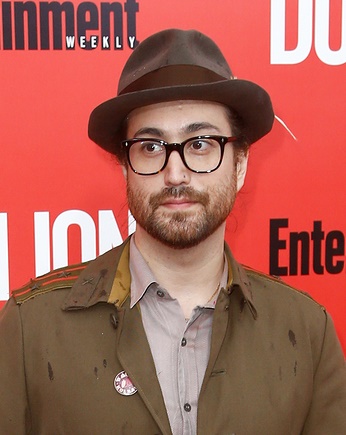 Lennon in 2013, photo by Debby Wong/Bigstock.com

Sean Lennon is an American singer, musician, and actor.

Sean is the son of musicians John Lennon and Yoko Ono. His father was British, with Irish, Welsh, and English, ancestry. His mother is Japanese. His half-siblings are musician and photographer Julian Lennon and Kyoko Cox.

Sean’s paternal grandmother was Julia Elizabeth Stanley (the daughter of George Ernest Stanley and Annie Jane Millward). Julia was born in Liverpool, Lancashire, England. George was the son of William Henry Stanley, whose father was an English immigrant to Australia, and whose mother was an Australian of English descent; and of Eliza Jane Gildea, who was born in Omagh, Co. Tyrone, Ireland. Sean’s great-grandmother Annie was born in Chester, Cheshire, England, to Welsh parents, John Dumbry Millward and Mary Elizabeth Morris, from Bridgend, Wales.

Sean’s maternal grandfather was Eisuke Ono (the son of Eijiro Ono and Tsuruko Saisho). Eisuke was born in Tokyo, Japan. Tsuruko was the daughter of Atsushi Saisho.

Sean’s maternal grandmother was named Isoko Yasuda (the daughter of Zensaburo Yasuda). Isoko was born in Tokyo, Japan. Zensaburo was the son of 安田 善次郎 Yasuda Zenjirō. Zensaburo was ennobled in 1915. 安田 善次郎 was an affiliate of the Yasuda clan and zaibatsu. His father Zenjirō was a samurai, and founder of Yasuda Bank.