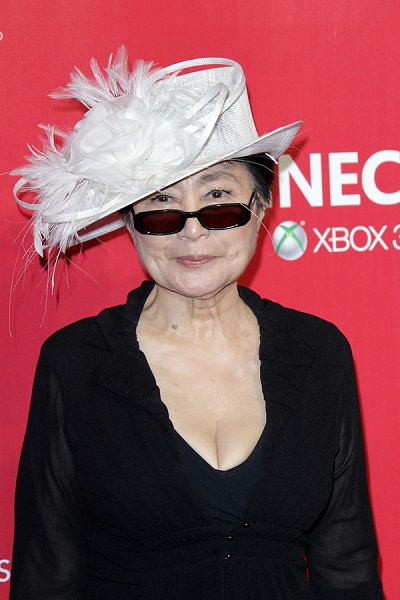 Ono in 2012, photo by kathclick/Bigstock.com

Yoko was born and raised in Tokyo, Japan, the daughter of Isoko (Yasuda) and Eisuke Ono. She spent parts of her childhood in Vietnam and the U.S. Her father came from a long line of samurai warrior-scholars. The kanji translation of Yoko (洋子) means “ocean child.”

She was married to British musician John Lennon, until his death. Yoko has a daughter, Kyoko Cox, with her former husband, American film producer and art promoter Anthony Cox; and a son, musician and composer Sean Lennon, with John.

Yoko’s maternal grandfather was named Zensaburo Yasuda (the son of 安田 善次郎 Yasuda Zenjirō). Zensaburo was ennobled in 1915. 安田 善次郎 was an affiliate of the Yasuda clan and zaibatsu. His father was a samurai, and founder of Yasuda Bank.