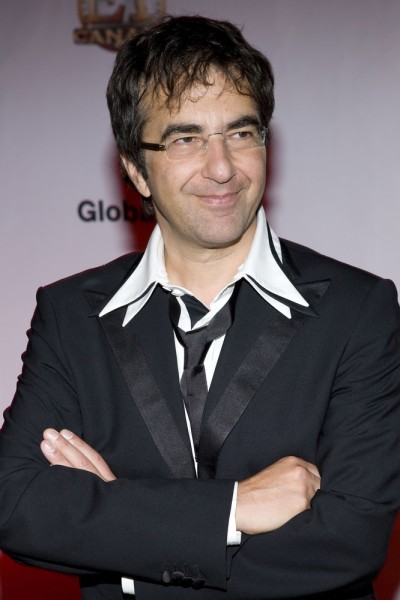 Egoyan in 2009, photo by Prphotos.com

Atom Egoyan is a Canadian stage and film director, writer, and producer. He has been nominated for two Academy Awards, for Best Director and Best Adapted Screenplay, both for The Sweet Hereafter. He is also known for his films Family Viewing, Exotica, Ararat, Where the Truth Lies, Adoration, Chloe, and Remember, among others.

Atom was born in Cairo, Egypt, to Armenian parents, Shushan (Devletian) and Joseph Yeghoyan. His family moved to Canada when he was two years old. His sister is concert pianist Eve Egoyan.

Atom is married to actress and producer Arsinée Khanjian, who is also of Armenian descent. The couple has a son.