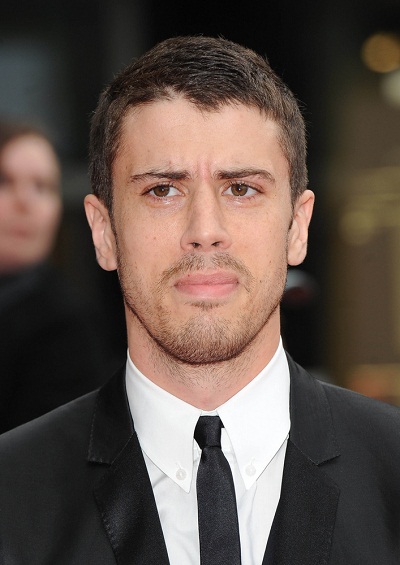 Kebbell in 2010, image via Prphotos

Toby Kebbell is a British actor. His films include Control, RocknRolla, Prince of Persia: The Sands of Time, Ben-Hur, A Monster Calls, and Kong: Skull Island, among many others.

He is the son of Michelle and Robert Kebbell. He has English, Scottish, and Irish, ancestry. Toby was raised Catholic. His father, the son of white, English, parents, was raised in Zimbabwe, then called Rhodesia, with his family later moving to Australia. Toby is married to Arielle Wyatt, with whom he has one child.

Toby’s patrilineal line traces to Lionel Kibbell, who was born, c. the 1650s, in England.

Toby’s paternal grandfather was Leonard William Kebbell (the son of John Falconer Kebbell and Nora Arline Gorman). Leonard was born in Kensington, London, England, of mostly English descent, with some Irish and Scottish roots. John was the son of George Kebbell and Amelia Keith Falconer. Nora was the daughter of Colin Johnston Gorman and Emily Jane Young.