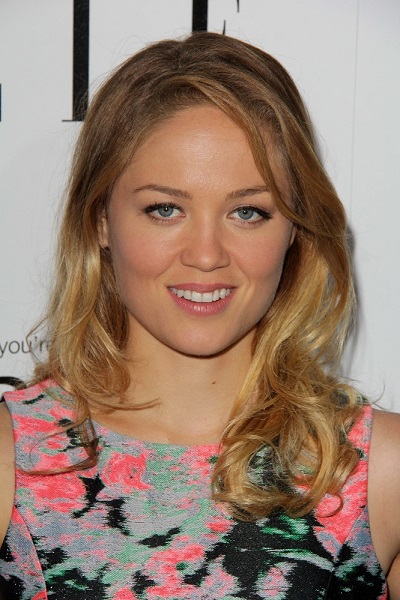 Christensen in 2013, photo by Prphotos.com

Erika Christensen is an American actress and singer. She is known for her roles in the films Swimfan and The Upside of Anger, among others.

Her brother is actor Dane Christensen. Erika is married to cyclist Cole Maness, with whom she has two children.

She is of one quarter Norwegian and one eighth Danish ancestry, with her other roots being English, German, Scottish, Welsh, and Irish.

Erika’s paternal grandfather was Frederick Grant Christensen/Christiansen (the son of Frederick Axel Christensen/Christiansen and Mary Jane Grant). Erika’s grandfather Frederick was born in Washington. Erika’s great-grandfather Frederick was born in Washington, to Danish parents. Mary Jane was the daughter of Thomas James Grant, who was of Irish descent, with roots in County Kilkenny and County Clare; and of Louise Sophia Gutschow, who was of German ancestry.

Erika’s paternal grandmother is Evelyn Eriksen/Ericson (the daughter of Olaf Frederik Leander Eriksen/Ericson and Dorothy/Dorothea Hedvig Lyngvar). Evelyn was born in Washington, to Norwegian parents. Olaf was the son of Per Eriksen and Augusta Ottilie Thorstensen.