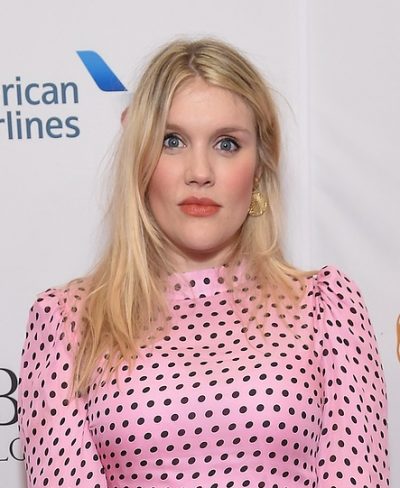 Fennell in 2019, photo by DFree/Bigstock.com

Emerald Fennell is a British actress, author, screenwriter, producer, and director. She is known for her film Promising Young Woman, for which she won the Academy Award for Best Original Screenplay, and for which she was also nominated for the Best Director Oscar. She has also been a showrunner on the series Killing Eve.

She is the daughter of author Louise Fennell and jewellery and silverware designer Theo Fennell. Her sister is fashion designer Coco Fennell. Her father was born in Moascar, Egypt, to British parents, while his father was in the army. Emerald has son with her partner, film and advertising director and producer Chris Vernon.

Emerald’s paternal grandmother was Beryl Ruth Verity Frith (the daughter of William Robert Frith and Helen Sybil Cleaver). Beryl was born in Hampstead, London. William was the son of William Robert Frith, who was born in Dundalk, co. Louth, Ireland, and of Ruth Maria Smith, whose mother was Irish. Helen was the daughter of Harris Peugeot Cleaver and Helen Frances Phoebe Makin.