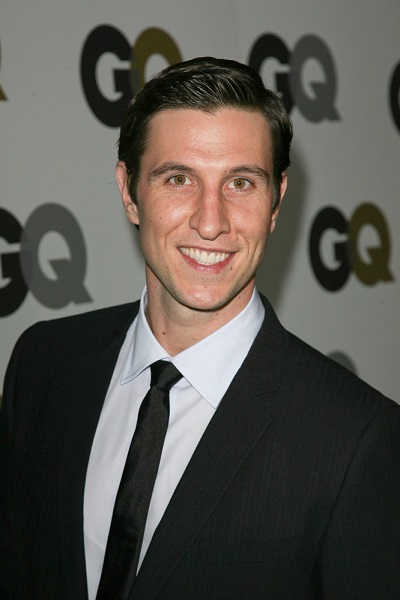 Schreiber in 2010, photo by Prphotos.com

Pablo Schreiber is a Canadian-American actor. He is known for his portrayals of Polish-American character Nick Sobotka on HBO’s crime drama The Wire, and crooked corrections officer George “Pornstache” Mendez on the Netflix series Orange Is the New Black. He was nominated for a Tony Award for his performance in Awake and Sing! on Broadway. He has also performed work for audiobooks.

Pablo’s paternal grandmother was Pamela Dutton Prime (the daughter of William Albert Prime and Ruth Melville Shaw-Kennedy). Pamela was of mostly English descent, with more distant Scottish, Welsh, and Dutch, roots. Some of Pamela’s ancestral lines have been in the United States since the 1600s, and through her, Pablo is descended from several Mayflower passengers. Through Pamela, Pablo is also the great-great-great-great-grandson of James Shaw Kennedy, a British soldier and military writer. Pablo’s great-grandfather William was the son of William Albert Prime and Marion Sands Dutton. Pablo’s great-grandmother Ruth was the daughter of Vernon Hugh Primrose Shaw Kennedy, who was born in Kirkmichael, South Ayrshire, Scotland, and of Grace Dunlap Cummings.

Genealogies of Pablo Schreiber (focusing on his father’s side) – http://humphrysfamilytree.com
https://www.geni.com

Genealogy of Pablo Schreiber (focusing on his father’s side) (through Pablo’s half-brother, Liev Schreiber) – http://familypedia.wikia.com