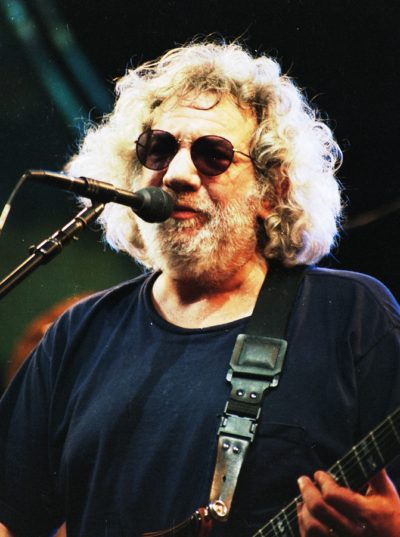 Garcia in 1994, photo by NorthfotoBP/Bigstock.com

Jerry Garcia was an American musician. He was the lead guitarist, and a singer and songwriter, for the band Grateful Dead. The band’s members also included Bill Kreutzmann, Phil Lesh, Ron “Pigpen” McKernan, and Bob Weir.

His father, José, later Joseph “Joe,” Ramón García López, was a Spanish emigrant, from La Coruña. His mother, Ruth Marie (Clifford), was an American, of three quarters Irish and one quarter Swedish descent.

Jerry’s maternal grandfather was William Henry Clifford (the son of Edward Clifford and Bridget Callahan, or of Patrick Clifford and Ellen Callahan). William was born in California, to Irish parents.

Jerry’s maternal grandmother was Tillie May Olson (the daughter of Manfred Peter/Pearson Olson/Olsen and Sarah Cogley). Tillie was born in California, to a Swedish father and an Irish mother.