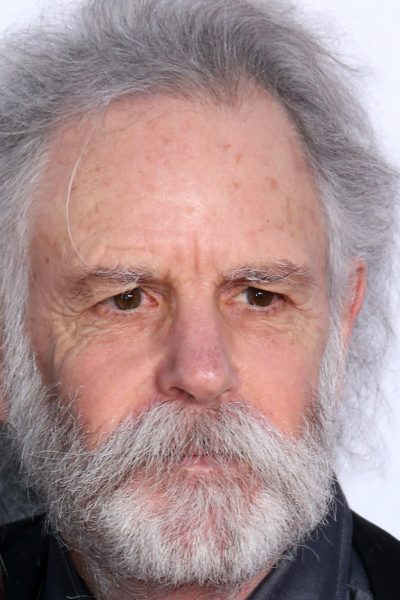 Weir in 2014, photo by kathclick/Bigstock.com

Bob Weir is an American singer, songwriter, and musician. He was a member of the rock band Grateful Dead, in which he sung and played the rhythm guitar. The band’s members also included Jerry Garcia, Bill Kreutzmann, Phil Lesh, and Ron “Pigpen” McKernan.

Bob is the biological son of Phyllis and John Louis “Jack” Parber. He was adopted by Eleanor Claire (Cramer), from Switzerland, and Frederic Utter Weir, who was born in Rhode Island, to Frederick Weir and Carrie Hall. Bob is married to Natascha Münter, with whom he has two children. Natascha is the sister of professional stock car racing driver and environmental activist Leilani Münter.

Bob’s biological maternal grandfather was Harry Burt Inskeep (the son of Frank E. Inskeep and Emily A. Hoffmann). Harry was born in Ohio. Frank was the son of Christian W. Inskeep and Annie.

Genealogy of Bob’s maternal great-grandfather, Frank E. Inskeep (focusing on his own father’s side) – http://wc.rootsweb.ancestry.com

Genealogy of Bob’s maternal great-great-great-grandmother, Lucy/Lucia Hinkle (focusing on her father’s side) – http://wc.rootsweb.ancestry.com

Genealogy of Bob’s maternal great-grandfather, Henry Clifford Curtis (focusing on his own father’s side) – http://wc.rootsweb.ancestry.com