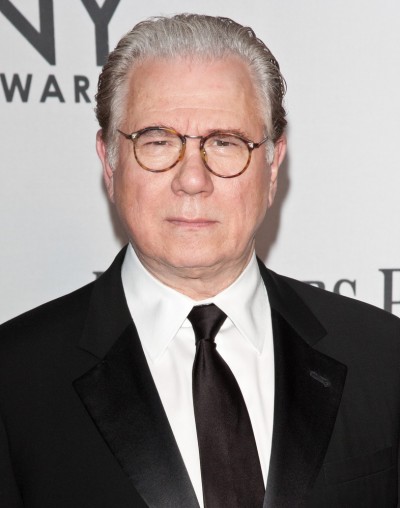 Larroquette in 2012, photo by Prphotos.com

Ethnicity: French, some Irish and Italian, smaller amounts of Spanish and German

John Larroquette is an American actor.

John is the son of Berthalla Catherine and John Edgar Larroquette.

John’s paternal grandfather was Jean/John Edgar Larroquette, Sr. (the son of Francois Larroquette and Joséphine Françoise Minet). John’s grandfather John was born in Louisiana. Francois was French, from Marne, Champagne-Ardenne. Josephine was the daughter of Joseph Minet and Louise Daudirre.

John’s maternal grandfather was were Laurence/Lawrence Bernard Oremous/Oremus (the son of Bernard Oremous/Oramous and Matilda Baldeaux/Baldo/Balde). Lawrence was born in Louisiana. Bernard was the son of Pierre Celestine Oramas and Theresa Carlos, and had Spanish, from the Canary Islands; Italian, from Genoa, Liguria; and French, ancestry. Mathilda’s father was French.

John’s maternal grandmother was Mary Edna Murray (the daughter of Martin Murray and Annie Busoni). Mary was born in Louisiana. Martin was the son of Irish parents, Michael/Mitchell Murray and Kate/Cath Fleming. Annie was the daughter of Luigi/Louis Busoni, who was Italian, and of Caroline Suzette, whose own mother was German.