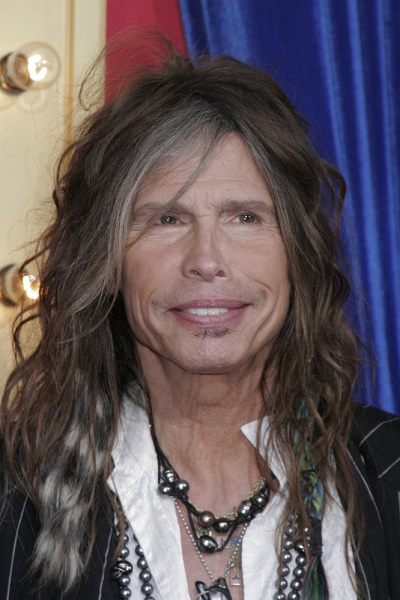 Steven Tyler is an American singer, songwriter, multi-instrumentalist, and television personality. He is the lead singer of the rock band Aerosmith. Joe Perry is also a member of the band.

Steven’s father was of half Italian and half German descent. Steven’s maternal grandfather was of Polish descent. Steven’s maternal grandmother had English, and more distant Welsh, ancestry; also, on the show Who Do You Think You Are? (2017), Steven’s daughter Liv discovered that Steven’s great-great-great-grandfather, Robert J. Elliott, was of half or part African-American ancestry. He was married to Steven’s ancestor, English-born Elizabeth “Betsey”/”Betsy” Rollins, in New York.

Steven is said to have some degree of Cherokee Native American ancestry on his mother’s side. It is not clear if this Cherokee ancestry has been verified/documented.

Steven’s paternal grandmother was Constance Neidhardt/Neidhart (the daughter of Oscar Neidhardt/Neidhart and Olga Keitzman/Kitzman/Kitzmann/Kietzmann). Constance was born in New York, to German parents. Oscar was from Gerlachsheim, Lauda-Königshofen, Stuttgart, Baden-Württemberg, and was the son of Franz Neidhart and Constance Ranzenberger. Steven’s great-grandmother Olga was from Berlin, and was the daughter of Fritz Kietzmann and Metha Kimken.

Steven’s maternal grandmother was Bessie June Elliott (the daughter of Robert J. Elliott and Edna R. Tibbets). Bessie was born in New York, New York. Robert was the son of George Washington Elliott and Elizabeth Coventry, whose parents were English. Edna was the daughter of Susan A. Gardner.