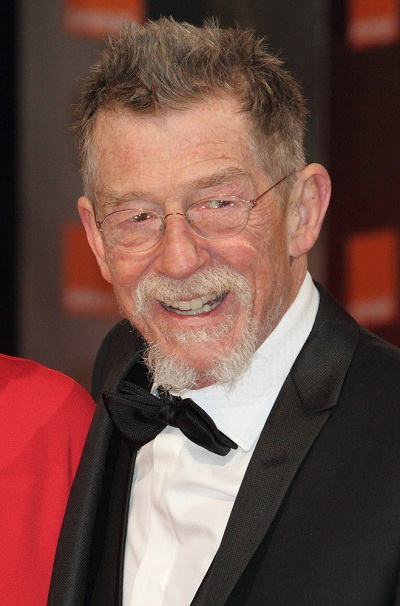 John Hurt was an English actor. He was the son of Phyllis (Massey), an engineer and actress, and Arnould Herbert Hurt, a mathematician who became a clergyman in the Church of England, serving as vicar of Shirebrook, and later a headmaster.

John was married to Anwen Rees-Myers, until his death. He had two children with his former wife, American production assistant Joan Dalton.

John’s paternal grandfather was Henry Herbert Hurt (the son of John Bellamy Hurt and Rebecca Mary Hornby). Henry was born in Mansfield Woodhouse, Nottinghamshire. John’s great-grandfather John was the son of John Hurt and Ann Bellamy. Rebecca was the daughter of George Hornby and Mary.

John’s paternal grandmother was Emily Corbett Browne/Brown (the daughter of Walter Lord Browne/Brown and Emma Stafford). Emily was born in Grimsby, Lincolnshire. Walter was the son of William Richard Browne and Harriet Catherine Lord. Emma was the daughter of Edward Stafford.

Genealogy of John Hurt (focusing on his father’s side) – http://worldconnect.rootsweb.ancestry.com