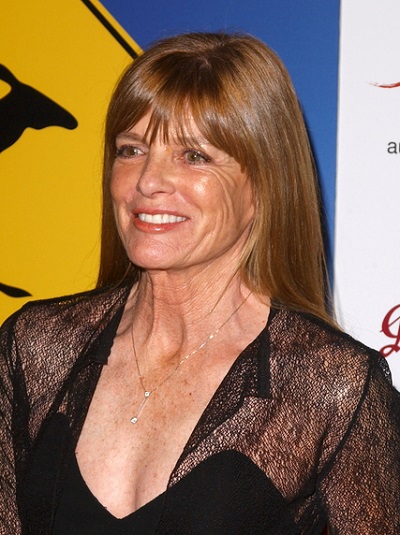 Katharine Ross is an American actress. Her ancestry includes Scottish, German, Channel Islander [Guernsey], and English. Some of her recent ancestors were Canadian. Katharine is married to actor Sam Elliott, with whom she has a daughter.

Katharine’s paternal grandfather was Donald Laurence/Lawrence Ross (the son of Finlay Ross and Marguerite Le Cocq Houguez). Donald was Canadian, from Huron, Ontario. Finlay was born in Inverness-shire, Scotland, the son of Donald Cameron Ross and Ann Matheson. Marguerite was from Guernsey, in the Channel Islands, and was the daughter of Laurent/Lawrence Houguez and Marguerite Shade/Schade.

Katharine’s paternal grandmother was Susan Wilson Tyng (the daughter of Morris Ashhurst Tyng and Ephemia/Euphemia Welles “Effie” Christie). Susan was born in New York. Morris was the son of The Rev. Stephen Higginson Tyng and Susan Wilson Mitchell. Ephemia was the daughter of Henry Welles Christie and Euphemia McJimsey.

Sources: Genealogy of Katharine Ross (focusing on her father’s side) – https://www.geni.com

Genealogy of Katharine’s paternal grandmother, Susan Wilson Tyng (focusing on her own father’s side) – http://worldconnect.rootsweb.ancestry.com

Genealogy of Katharine’s maternal grandmother, Ethel/Betty E. Bock (focusing on her own mother’s side) – http://worldconnect.rootsweb.ancestry.com