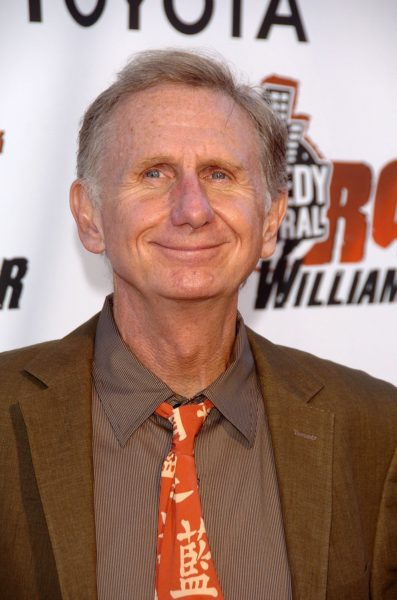 Auberjonois in 2006, photo by Prphotos

He was married to Judith Helen Mahalyi, until his death, with whom he had two children, actors Tessa Auberjonois and Remy Auberjonois.

He had said that his surname means “armorer” in French.

René’s paternal grandfather was named René Victor Auberjonois (the son of Gustave Auberjonois). René’s grandfather René was born in Lausanne, and was a Swiss post-impressionist painter. He was one of the leading Swiss artists of the 20th century.

René’s great-grandmother Eudoxia Michailovna Somova, Princess Orbeliani was born in Oleksandrivs’k, Luhansk Oblast, Ukraine, the daughter of Mikhail/Mihail/Michail Alexandrovich Somov and Maria Pavlovna Shirinskaya/Chirinsky/Schirinsky-Shikhmatova/Chikhmatov/Schichmatov; she was a noblewoman, of Russian ancestry, and had distant Tatar roots, through her maternal grandfather’s side.

René’s maternal grandmother was Hélène Macdonald Stallo (the daughter of Edmund Kittredge/Kitbridge Stallo and Laura Beatrice McDonald/MacDonald). Hélène was an American, from Cincinnati, Ohio. Edmund was the son of German parents, Johann/John Bernhard Stallo, from Oldenburg, and Helena Zimmerman, from Bavaria. Laura was the daughter of Alexander McDonald, who was Scottish, and of Laura Amelia Palmer, who had English ancestry.