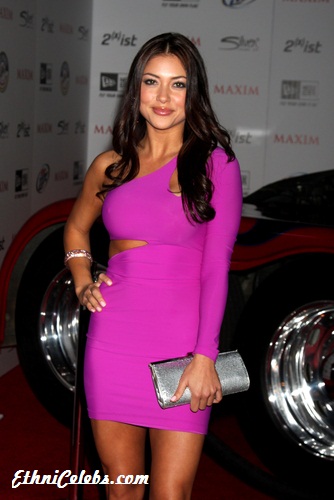 Arianny Celeste is an American ring girl, model, actress, and singer. She has worked for the UFC and MMA.

Arianny is of three quarters Mexican and one quarter Filipino descent. She stated this in a Maxim Hometown Hotties 2008 video.

She speaks Spanish, and does so on her video blogs. At five foot five inches tall, and with hazel eyes, she is one of the most popular UFC ring girls.