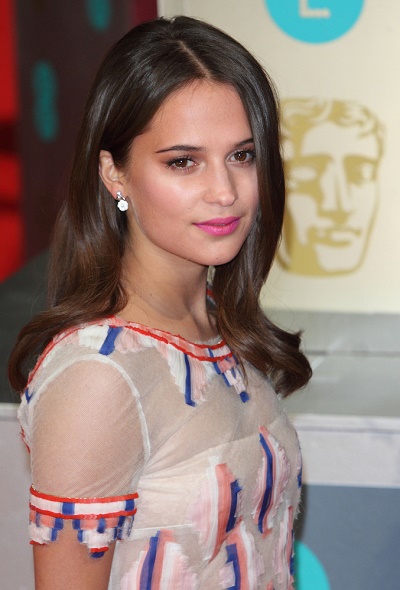 Vikander in 2014, photo by PrPhotos.com

Alicia Vikander is a Swedish actress and dancer. She won the Academy Award for Best Supporting Actress for The Danish Girl (2015). She has also starred in the films Testament of Youth, Ex Machina, and Tomb Raider (2018), among many others.

She is the daughter of Maria Fahl Vikander, an actress, and Svante Vikander, a psychiatrist. Alicia is married to German-Irish actor and producer Michael Fassbender, with whom she has one child.

A picture of Alicia’s mother can be seen here.

Alicia has said that the filmmakers of her movie The Danish Girl were:

…obsessed with me not looking Scandinavian and I was like, ‘I’m the only Scandinavian in the whole film.’ They paled my skin, to make me lighter. People say that I’m tanned, but that’s my natural color.

there’s a misconception… there’s this belief that everyone who’s Swedish has blonde [hair], blue eyes… clearly you’re proof that that’s not the case.

I always get that question… where are your parents really from?… Do you know where your dad’s from?… [My parents] are both from very small villages, from up north and south of Sweden… I’m a quarter Finnish, but that doesn’t really make me much darker.

Alicia’s paternal line can be traced back to her seventh great-grandfather, Clement Clementsson. 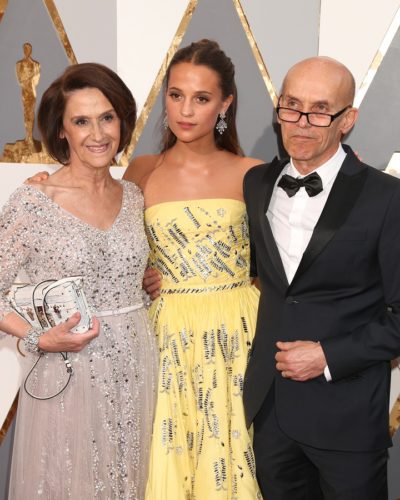 Vikander and her parents Maria Fahl and Svante Vikander, 2016, by kathclick/Bigstock